I think about Charlotte every single day. However, this time of year, I'm flooded with all kinds of memories as we commemorate the anniversary of her birth. This year feels like a bit of a milestone. Sixteen.

If cancer had not taken her life back in 2010, I have a feeling I would be planning a massive birthday celebration this year. 16 always feels like a landmark year in someone's life.

I have been thinking a great deal about the last birthday party we had for Charlotte in 2009. We didn't know it at the time, but we were halfway through her treatment journey. We had been through three major brain surgeries and a few rounds of inpatient chemotherapy. Treatments were not going well. In fact, right after her birthday, we would make the trip to Houston, Texas where we would settle in for about 10 weeks of proton beam radiation treatments and a new customized chemotherapy protocol. This was the unspoken "last chance option" to beat that aggressive brain tumor into submission.

How do you give a 4-year-old a birthday party when in the back of your mind, you have a sneaking suspicion it may be her last? In those days, I was holding on to hope, but the grip was loosening. I think I knew without knowing. Looking back on that now is so hard sometimes.

I honestly don't remember a lot of the details of the actual party. We held it at the Romp n' Roll location that we owned at the time. Friends and family gathered. Music played. We had bubbles and a disco ball and a bouncy house. We had two birthday cakes (because...why not?). Charlotte was adorable but she was also at a stage where she was a little ambivalent about social interaction. Months of hospitalizations, doctor's appointments, therapy appointments, and constant attention were wearing on her. She easily fatigued and sometimes even my attention was rejected. A few days after her party, we got on a plane to Texas for the next stage of the journey.

It has been hard to celebrate my own birthday ever since Charlotte died. It's a combination of survivor guilt and grief. I do, however, love devoting energy to celebrating others. When Every Day is a Bonus, you should get the 2nd cake, have the taco feast, see a Broadway show. My household budget usually constrains me with limits, but in my mind, anything should be possible.

So once again, I will remember. I will celebrate. I will cry. It's a bittersweet time and an especially bittersweet year. I am grateful for so much and I still miss that sweet face. Every. Single. Day. 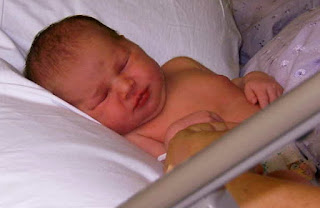 January 09, 2022
Welcome to a new year, although as many have noted, 2022 just seems to be starting like a variation on the past two years in so many ways (I almost used the word variant. That seems a little *too* on the nose) . Collectively, I think we are all tired. We are drained. We are exhausted. I admire anyone who feels renewed and reflective right now because (gosh darn it) the last two years have been something else.  Somewhere in the last week of 2021, the #10yearchallenge started popping up on social media. I'm not sure who started it or why it surfaced again. I remember this came up as 2019 turned over into 2020, which made sense. The turning of the decade and that nice round number always gives us something to cling to in a nostalgic way.  Did this one start as a bit of fun as people started confining themselves in quarantine instead of roaming off to New Year celebrations? Or is there something more nefarious  involved with the trending meme?  Who knows!? Either way, it did make me r
Post a Comment
Read more

The Mom of a Teenager

July 08, 2018
As I sit here writing this, I mark 13 years since I was in labor with Charlotte. I am the mom of a teenager. And yet, I’m not. Every year, Charlotte’s birthday hits me a different way. Every year in the grief process is a little bit different. The arrival of her birthday so close on the heels of the end of the school year frequently triggers thoughts for me about how Charlotte’s peers continue to move forward while she Seriously. Kids these days... remains frozen in time as a four year old. As the school year ends, I see her peers moving on to middle school, attending dances, achieving milestones, and just plain getting older (Puberty! Eek!). It always leaves a twinge of jealousy and sadness in my heart. I try to imagine what she would be like, what her interests would be. Knowing how much she was my “mini-me” as a youngster, I lift up hope that she might have strayed from my junior high life as an awkward, frizzy-haired, coke-bottle-eyeglass-wearing teenager.
1 comment
Read more