The Things I Keep

It probably would not surprise you if I told you that I see something every day that reminds me of Charlotte. If you were to come into our house, you would sense her presence: in photographs, pieces of artwork, a few remaining toys.  There are many ways in which her spirit remains in our home.
Most of her clothes are now gone, passed along to other little girls who love all things pink and purple.I have kept a few select t-shirts and outfits that carry sentimental attachment.
I still have most of her blankets and many of her stuffed animals. I have all of her books. I can't get rid of books.
Her room looks much as it did before she died. The Tinkerbell comforter sits on the bed. The balloons we collected each year on her birthday are still attached to the wall. In place of a six-year-old's toys and clothes, my daughter's room holds supplies for our Foundation: t-shirts, marketing materials, swag.
All of these items seem natural to keep. I have noticed, however, that there are random bits of Charlotte that I need to hold on to. These are things that I could get rid of. Perhaps maybe I should get rid of them. I never would have believed that these items would carry any kind of sentimental attachment. Despite all logic, these are the things I keep: 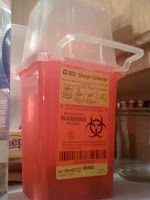 Exhibit A: The sharps container
This was the depository for all of the needles that went into Charlotte's port when we had to administer various medicines in those final days. The container was supplied by Noah's Children in November of 2009. It was placed on top of the refrigerator. It never left. I have thought many times of disposing of the container. It reminds me of her bravery. 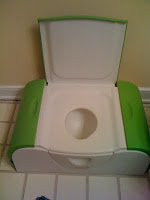 Exhibit B: The potty chair
I justify keeping this item because it serves a double function as a stool (when the lid is down, of course). There is no rational reason for keeping this in my house right now. We have no children. We don't have a lot of toddler visitors. Charlotte didn't even use that potty chair after she was around 3 years old. Yet it stays there. In "her" bathroom.
Exhibit C: The pony phone
Charlotte asked for the pony phone for her 4th Christmas. It was the first time she had ever asked for a specific item from "Santa". She started asking for this pony phone in October. I believe we had to order it by mail because they didn't offer it in the store. 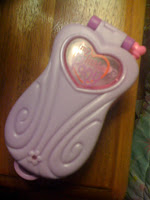 She.
Had.
To.
Have.
The ^$#%$^ Pony. Phone!
Santa brought the Pony Phone in Christmas 2008. Charlotte couldn't have been happier. We have the whole "reveal" on video and her reaction is quintessential Charlotte ("Oh mommy! A pony phone! It's what I always wanted!"). I watch that video and think of the huge tumor that was growing inside her head at that very moment. One short month later, we found ourselves deep in the world of brain cancer. As far as I'm concerned, that's the last Christmas we had with our daughter. I think I will always keep the Pony Phone.
Exhibit D: The lunch box 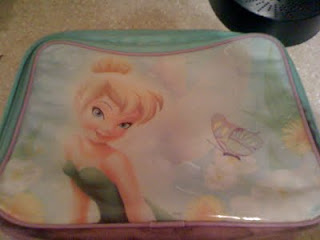 When we went to Disney, one of the generous people in our Network gifted Charlotte with a Tinkerbell backpack and lunchbox set for our travels. We used the backpack throughout Disney World and it still has a special place in her room. When I went back to work, I started carrying my lunch in the lunchbox. Sometimes I would get funny looks from people who didn't know better ("Ha ha! Cute little lunchbox you have there!").  If they only knew the whole story. With almost two years of wear, the lunchbox has seen better days. Tonight, I decided to go to Target and buy a new lunchbox. I needed something that carried Charlotte's spirit. The penguin spoke to me. 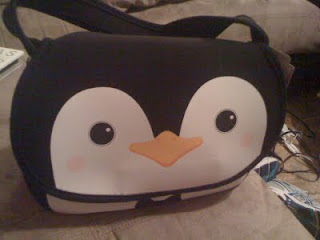 I continue to say this, but grief is a funny thing. Sometimes it's the littlest things, the most unexpected things, the seemingly mundane household objects, that pull at your heart.
These are the things I keep.

Life is short. Do all the things.

May 10, 2020
As I spend my 2nd Mother's Day without my mother and my 10th Mother's Day without my One of my favorite multi-generational pics of me, my mom, and Charlotte.  first-born, I'm probably more reflective than usual. I blame the burgeoning pandemic . I'm still struggling with survivor guilt and an irrational, imaginary pressure to be more productive than I should be in a time of stress. I try to balance managing the influx of information for both my mental health and my need to be well-informed. I'm managing a new household with kids learning from home, replacing rehearsals and school with online tutoring, drum lessons, and playdates; none of which, by the way, are adequate substitutions for the real thing.  I'm trying to embrace the new opportunity for more restful weekends (much needed) with my desire to still do as much as I can to be a force for good. I'm reminded of one of my favorite quotes by E.B. White:  "I arise in the morning torn between a
1 comment
Read more

July 08, 2020
Science tells us that human memory is faulty . We want to think that we will remember certain moments forever like they are encased in carbonite. In reality, we look back on events and retell our stories to friends and colleagues. The story always shifts a little in the process and by the time we have told the story 1000 times, it has changed. It's not (usually) an outright lie. It's just that our brain betrays us. Even our collective memories of major national events that are witnessed by millions of people can be faulty. One study suggests that up to 40% of people changed certain elements of their remembrances of 9/11 as time passed. Something to seriously consider as our recent national discussions about history have claimed the center stage and we continue to live in "unprecedented" times.  Side note: anybody else yearning for some precedented times again?    Fifteen years ago this week, Charlotte Jennie was born. I recounted a lot of her birth story on this
Post a Comment
Read more

The Stages of Grief: COVID Edition

December 23, 2020
It's 2020. It's almost Christmas. We're still in the middle of a pandemic. In fact, we are experiencing what appears to be an incredible surge that is exerting tremendous pressure on our healthcare and social service system. The headlines are clear: we're not done with this madness and December 31, 2020 will not magically be the "end of it".  Earlier in the year, our family thought about whether we might be able to travel at this time. We thought that maybe the curve would be flat enough that we could take a few days away from home during the Christmas holidays. We realized that the pandemic would still be happening, but with the right protections and with prolific mask usage, we could get a much-needed change of scenery. During what is now (clearly) a delusional thought process, we booked a stay in Gatlinburg, Tennessee for the week of December 19th. Spoiler alert: we canceled the trip almost two weeks ago.  Canceling this trip was not a tragedy. In fact, I
Post a Comment
Read more